I received this e-mail from Bundle of Holding –  supposedly yesterday, but I didn’t notice the new bundles when I was looking on Bundle of Holding website last night as they only had two Bundles available and it didn’t show the WFRP Bundles. I have never played Warhammer Fantasy Roleplay (WFRPG). It was a pretty popular game back in the day – https://en.wikipedia.org/wiki/Warhammer_Fantasy_Roleplay.

Adventurer! You subscribed to this Bundle of Holding mailing list to receive news of our pay-what-you-want collections of tabletop roleplaying game .PDFs and RPG-related ebooks at http://bundleofholding.com.

WFRP 1E is set in the Old World, a striking pseudo-European, Renaissance-level low-fantasy setting of corruption and superstition, betrayal and butchery, and insidious, encroaching Chaos. These two bargain-priced collections of beautiful .PDF image scans give you everything you need to start adventuring in this grim world of perilous adventure.

Purchasers of either of these WFRP offers also get a 20%-off discount code, good through September 30, 2020, for purchases of the print versions of the 2018 Fourth Edition Warhammer Fantasy Roleplay Core Rulebook and Warhammer Fantasy Starter Set at the Cubicle 7 webstore.

This revived December 2018 Warhammer Fantasy Roleplay 1E Bundle has the core rulebooks and key supplements. If you’re new to the game, start here. These are all top-quality .PDF image scans of the original 1980s and ’90s hardcopies; the files are bookmarked and the text is fully copiable.

Pay just $11.95 to get all three titles in this revival’s Starter Collection (retail value $30) as DRM-free .PDF ebooks, including the complete 385-page Warhammer Fantasy Roleplay First Edition core rulebook (including its original color plates!) plus the two city supplements Marienburg: Sold Down the River and Middenheim: City of Chaos.

And if you pay more than this revived offer’s threshold (average) price, which is set at $22.95 to start, you’ll level up and also get this offer’s entire Campaign Collection with five scenario books worth an additional $50 that together form the legendary sequence The Enemy Within — one of the greatest campaigns in fantasy roleplaying history:

This new WFRP 1E Sorcery offer takes its name from the magic supplement 15 years in the making, Realms of Sorcery. Heralded in the 1985 Warhammer Fantasy Roleplay 1E core rulebook, Realms of Sorcery, by Ken and Jo Walton, finally saw print in 2001 from Hogshead Publishing. (A fragmentary draft by Ken Rolston had circulated earlier, but the published version bears no resemblance.)

Pay just US$11.95 to get all three titles in this offer’s Starter Collection (retail value $30), including the complete Realms of Sorcery, the Warhammer Companion for WFRP 1E, and Apocrypha Now.

Pay more than this offer’s threshold ($19.95 to start) and you’ll also get this offer’s aptly named Doomstones Collection with four scenario books (worth an additional $40) from the Doomstones campaign originally published in 1990: Doomstones 1: Fire in the Mountains, 2: Blood in Darkness, 3: Death Rock, and 4: Dwarf Wars. 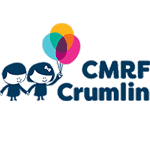 Chaos will inevitably overwhelm and extinguish both these WFRP 1E offers — specifically on Monday, September 14.

The official Beyond the Bundle blog:
http://beyondthebundle.com

Originally from Gulfport, Mississippi. Live in Wichita, Kansas now. I suffer Bipolar I, ultra-ultra rapid cycling, mixed episodes. Blog on a variety of topics - genealogy, DNA, mental health, among others. Let's collaborateDealspotr.com
View all posts by ICT Genealogist →
This entry was posted in Bloggers, Gaming and tagged Bundle of Holding, RPGs. Bookmark the permalink.

Build your relationship with God on principles from His word and stories about our journeys with Him.

Normalising the conversation about Grief.

Brigitte Brulz
This blog was originally created for Toby, my pet dog. Celebrating the lives of my two closest companions whose lives were cut short by deadly tumours.

hemangiosarcoma, glioblastoma, dealing with grief of a child and a pet

To boldly go where no housewife has gone before.

Thoughts from the land of sunflowers

a collection of trivia, fun facts, humor, and interesting notions.

View from the Back

The ramblings of a retiree who cycles and cooks in France

The Fight Is On

In The Target Zone

Living Out my Identity in Christ

Trusting the Love of Jesus Christ, One Day at a Time - Psalm 13:5 NIV, “But I trust in your unfailing love; my heart rejoices in your salvation.”