Posted on June 8, 2020 by Wichita Genealogist

Latest Bundle of Holding – Dark Eye (revived campaign) and Dark Eye Kingdom Bundles (new). Note if you previously purchased the Dark Eye 2018 bundle, check your account to see if you have free upgrades. While the company is a German publisher, the bundle editions are in English. I am not familiar with this Role-Playing Game (RPG) so I checked Wikipedia: https://en.wikipedia.org/wiki/The_Dark_Eye.

E-mail from Bundle of Holding:

Through MONDAY, JUNE 29, explore the frontiers of Aventuria with our revived January 2018 The Dark Eye Bundle and its all-new companion, Dark Eye Kingdoms

Adventurer! You subscribed to this Bundle of Holding mailing list to receive news of our pay-what-you-want collections of tabletop roleplaying game .PDFs and RPG-related ebooks at http://bundleofholding.com.

Through Monday, June 29 we present two offers featuring the English-language edition of the leading German FRPG from Ulisses Spiele, The Dark Eye. We’ve revived our January 2018 The Dark Eye Bundle with the core rulebook and early supplements; if you’re new to the game, start here. And the all-new companion offer, Dark Eye Kingdoms, adds recent expansions and regional sourcebooks about the Warring Kingdoms.

The Dark Eye is Germany’s premier FRPG, in continuous publication for more than 30 years. As a heroic adventurer on the island continent of Aventuria, you’ll rebuild the war-weary Middenrealm, marvel at the Lands of the Tulamydes, discover lost ruins in steaming jungle, or drive back the evil of the Shadowlands. Rescue innocent victims from cults of the Nameless One — navigate the intrigues at the Court of the Empress — or defend border cities from the Orc Storm. And in the Warring Kingdoms expansion, you’ll navigate a millennia-long conflict between two feuding nations situated in some of Aventuria’s most dangerous terrain.

(Note: No German-language editions are included in these offers.)

From January 2018, The Dark Eye Bundle has the core rulebooks and key supplements. If you’re new to the game, start here. (To answer your first question: The Dark Eye derives its name from the most intriguing magical artifacts in Aventuria — the Dark Eyes. These rare and powerful magical items, constructed from raw meteoritic iron, let users view faraway places and glimpse scenes from the distant past.)

Ulisses Spiele funded English translations of many of these titles in a spectacular May 2016 Kickstarter campaign. Now this bargain-priced revival gives you a new chance to get everything you need to start exploring Aventuria, a rich and believable setting inspired by Europe’s medieval lore, forbidding landscapes, and fairytale castles.

Pay just $12.95 to get all six titles in this revived offer’s Player Collection (retail value $54), including the complete full-color 418-page The Dark Eye core rulebook (and the free Quickstart Rules), plus the Aventuria Almanac, Aventuria Map Set, and the Character Sheets Pack. NEW in this revival: We’ve added the Deluxe Character Sheets pack — and if you purchased this offer during its original January 2018 run, you also receve this new addition automatically on your Wizard’s Cabinet download page and in your DriveThruRPG Library.

And if you pay more than this offer’s threshold (average) price, which is set at $24.95 to start, you’ll level up and also get this revival’s entire Game Master Collection with nine more titles worth an additional $47.50, including the Aventurian Bestiary, the full-length introductory adventure Revelations From Heaven, and six short Heroic Works scenarios, plus The Dark Eye Game Master Screen with its accompanying Inns & Taverns booklet.

After you’ve arrived in Aventuria with The Dark Eye Bundle, explore the northern frontiers with this Dark Eye Kingdoms offer of recent English-language rules expansions, location sourcebooks, scenarios, and atmospheric music. Pay just US$14.95 to get all five titles in this companion’s Starter Collection (retail value $54), including the major rules expansion Aventuria Compendium, the two-part “Theater Knights” campaign (The White Lake and The Blue Tome), and two short “Heroic Works” scenarios: Legacy of the Dike and — what greater prospect for adventure? — Turnip Harvest.

Pay more than this companion offer’s threshold price ($29.95 to start) to also get this offer’s entire Kingdoms Collection (additional retail value $68.50) with six more titles in the Warring Kingdoms series, a war-torn campaign setting Ulisses Spiele funded in a June 2017 Kickstarter campaign. Get the complete 194-page Warring Kingdoms Sourcebook that details the two-thousand-year feud between Nostria and Andergast, along with the Armory of the Warring Kingdoms equipment book, the key adventure New Bonds and Ancient Quarrels, the Warring Kingdoms Map Set and Figure Flats, and Sounds of the Spheres, a 20-track collection of atmospheric music for your game sessions. 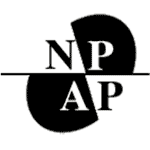 Ten percent of each payment (after gateway fees) will be split evenly between these two Dark Eye offers’ designated charities, Direct Relief and the National Police Accountability Project. Direct Relief gets protective gear and critical care medications to health workers, with emergency deliveries daily to medical facilities across the US and to regional response agencies across the world. The National Police Accountability Project is a project of the National Lawyers Guild, a nonprofit organization of lawyers, law students, and legal workers dedicated to ending law enforcement and detention officer abuse of authority.

The view through this Dark Eye closes when these two Dark Eye offers vanish together Monday, June 29.

The official Beyond the Bundle blog:
http://beyondthebundle.com