Brain Creatures From Outer Space — David’s Basement of the Bizarre 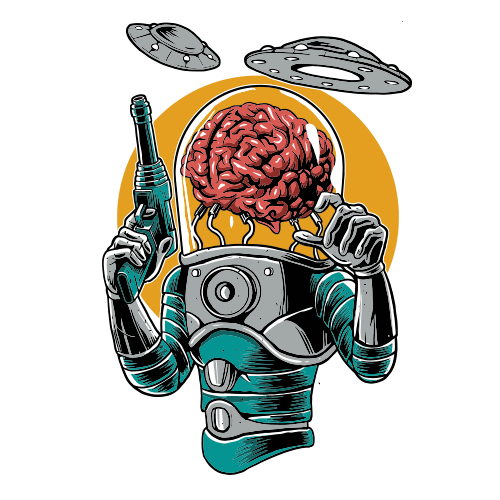 Throughout science fiction cinematic history, alien invaders have always been portrayed as vastly superior in intellect and development. Though we almost always thwart them in their attempts to take over the world, their initial attacks are usually spectacular and well thought out. Oftentimes the aliens were portrayed as having larger than usual craniums to represent […]

via Brain Creatures From Outer Space — David’s Basement of the Bizarre.

Memories from childhood. There were plenty of poor alien movies when I was a child and the number of okay alien movies was fairly small. As an adult, I watched Mars Attacks in the theater. At least some were so bad they were funny, intentionally or unintentionally.

Originally from Gulfport, Mississippi. Live in Wichita, Kansas now. I suffer Bipolar I, ultra-ultra rapid cycling, mixed episodes. Blog on a variety of topics - genealogy, DNA, mental health, among others. Let's collaborateDealspotr.com
View all posts by ICT Genealogist →
Quote | This entry was posted in Bloggers and tagged Humor. Bookmark the permalink.

Build your relationship with God on principles from His word and stories about our journeys with Him.

Normalising the conversation about Grief.

Brigitte Brulz
This blog was originally created for Toby, my pet dog. Celebrating the lives of my two closest companions whose lives were cut short by deadly tumours.

hemangiosarcoma, glioblastoma, dealing with grief of a child and a pet

To boldly go where no housewife has gone before.

Thoughts from the land of sunflowers

a collection of trivia, fun facts, humor, and interesting notions.

View from the Back

The ramblings of a retiree who cycles and cooks in France