Posted on September 11, 2019 by Wichita Genealogist 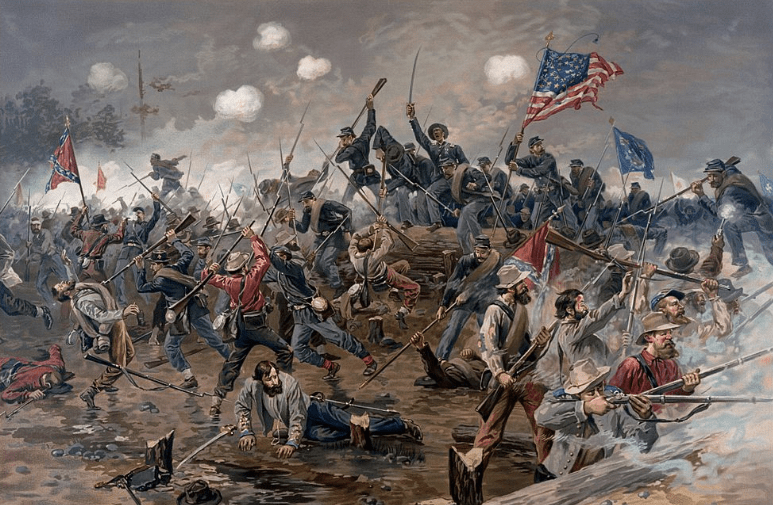 On May 12, 1864 at 4:30 a.m. the Union Second Corps attacked Muleshoe salient at Spotsylvania Court House, Virginia under the command of Major General Winfield S. Hancock leading to some of the most violent fighting in the Civil War. As part of the Second Corps, the Michigan 26th Regiment joined the charge and was […]

via The Fiery Spotsylvania Court House Battle and John Hopkins — The Boating Genealogists.

Weird. I was reading about this general yesterday as I was looking at something Kansas related.

Originally from Gulfport, Mississippi. Live in Wichita, Kansas now. I suffer Bipolar I, ultra-ultra rapid cycling, mixed episodes. Blog on a variety of topics - genealogy, DNA, mental health, among others. Let's collaborateDealspotr.com
View all posts by Wichita Genealogist →
This entry was posted in Bloggers, Military History and tagged WBTS/ACW. Bookmark the permalink.