Mythological Creature; Amphiptere, a European hybrid-snake and bat or bird with comparisons from other cultures- With Guest Writing Prompt about snakes — ARJung 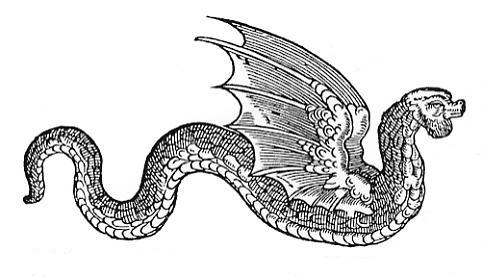 An Amphiptere is a hybrid from on European heraldry, part snake and part bird or bat. Heraldry is a broad term, encompassing the design, display, and study of armory or armor, as well as related disciplines, such as vexillology (flag design,) together with the study of ceremony, rank, and pedigree. Throughout Europe, the amphiptere was widely feared, so all who displayed it on their coat of arms would be perceived as particularly fearsome in battle.

via Mythological Creature; Amphiptere, a European hybrid-snake and bat or bird with comparisons from other cultures- With Guest Writing Prompt about snakes — ARJung

Not a word you see often enough, but one I am familiar with:

What are Cryptids and Cryptozoology?

In case you missed that post or the various other posts where I mention cryptids (What are cryptids?) or cryptozoology (What is cryptozoology?).

Other uses of  Tag: Cryptids

Originally from Gulfport, Mississippi. Live in Wichita, Kansas now. I suffer Bipolar I, ultra-ultra rapid cycling, mixed episodes. Blog on a variety of topics - genealogy, DNA, mental health, among others. Let's collaborateDealspotr.com
View all posts by Wichita Genealogist →
This entry was posted in Bloggers and tagged Cryptids. Bookmark the permalink.

1 Response to Mythological Creature; Amphiptere, a European hybrid-snake and bat or bird with comparisons from other cultures- With Guest Writing Prompt about snakes — ARJung