Posted on February 5, 2019 by Wichita Genealogist 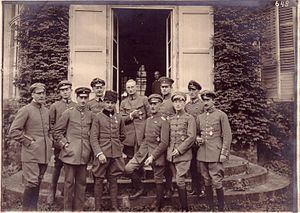 Berthold and his Squadron Comrades Hauptmann Rudolf Berthold – Germany’s Iron Knight 1891 /1920 Pt4 On the 25th of April 1916, Berthold made an emergency landing after enemy bullets crippled his Fokker’s engine. He took off again in a Pfalz EIV. He re-awakened two days later in Kriegslazaret 7 ( Military hospital 7 ) in Saint […]

via Air Aces of World War One — Malcolm Marsh – Author.

Originally from Gulfport, Mississippi. Live in Wichita, Kansas now. I suffer Bipolar I, ultra-ultra rapid cycling, mixed episodes. Blog on a variety of topics - genealogy, DNA, mental health, among others. Let's collaborateDealspotr.com
View all posts by Wichita Genealogist →
This entry was posted in Bloggers and tagged Blogs, World War I. Bookmark the permalink.

MAF Ferry Flights during the Pandemic